Bethal – A fire ravaged a house in Golden Ray Street early this morning.

The owner said to the Bulletin that he was fortunately already awake as the fire spread so quickly that they would not have survived if he was still asleep as they locked a gate in the passage. That was their only escape and also where the fire was.

The Bulletin spoke to the relevant authorities that confirmed that the fire started in all likelihood as a result of some electrical problem.

No foul play is suspected.

A video quickly made the rounds this morning stating that this was a result of a petrol bomb but is untrue.

The same video also claimed that the Fire department did not respond but that is also not true. They responded quickly according to the information that I received. It took approximately 10 minutes from when the call was received until the Firetruck stopped at the scene. This still needs to be confirmed with call logs but it would appear that the timeline is true.

The house was completely destroyed by the fire.

What most likely shortened the time to a complete fire might be something that is called a Flashover. This is a very deadly and dangerous time in the life of a house fire.

Below is an article, taken from Mercortecresa, and it explains the Flashover in detail. Written by ACTUALIZADO A FECHA

WHAT IS A FLASHOVER AND HOW DOES IT OCCUR?

A flashover is the near-simultaneous ignition of most of the directly exposed combustible material in an enclosed area. When certain organic materials are heated, they undergo thermal decomposition and release flammable gases. Flashover occurs when the majority of the exposed surfaces in a space are heated to their autoignition temperature and emit flammable gases (see also flash point). Flashover normally occurs at 500 °C (932 °F) or 590 °C (1,100 °F) for ordinary combustibles, and an incident heat flux at floor level of 20 kilowatts per square metre (2.5 hp/sq ft).

An example of a flashover is the ignition of a piece of furniture in a domestic room. The fire involving the initial piece of furniture can produce a layer of hot smoke that spreads across the ceiling in the room. The hot buoyant smoke layer grows in-depth, as it is bounded by the walls of the room. The radiated heat from this layer heats the surfaces of the directly exposed combustible materials in the room, causing them to give off flammable gases via pyrolysis. When the temperatures of the evolved gases become high enough, these gases will ignite, throughout their extent.

The following are some of the signs that firefighters are looking for when they attempt to determine whether a flashover is likely to occur.

– The fire is in a ventilated compartment, so there is no shortage of oxygen in the room.

– The neutral plane is moving down towards the floor. In this situation, a flashover is plausible.

– All directly exposed combustible materials are showing signs of pyrolysis.

“Rollover” or tongues of fire appear (known as “Angel Fingers” to firefighters).

– There is a rapid build-up of heat given off by the rapidly burning (i.e., deflagrating) gases. This is generally the best indication of a flashover.

The colour of the smoke is often considered, as well, but there is no connection between the colour of the smoke and the risk of flashovers. Traditionally, black, dense smoke was considered particularly dangerous, but history shows this to be an unreliable indicator. For example, there was a fire in a rubber mattress factory in London in 1975 which produced white smoke. The white smoke wasn’t considered dangerous, so firefighters decided to ventilate, which caused a smoke explosion and killed two firefighters. The white smoke from the pyrolysis of the rubber turned out to be extremely flammable. 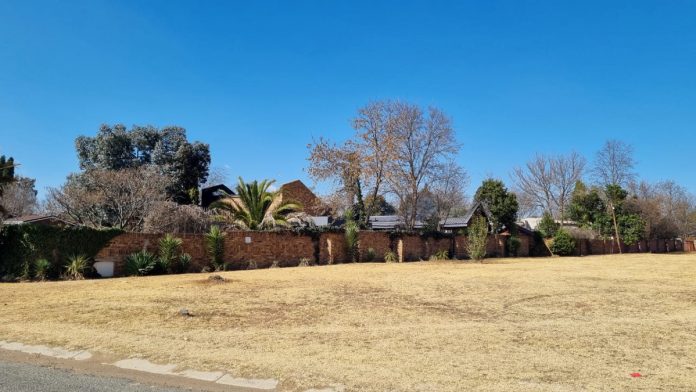 The EFF in Govan Mbeki Municipality has joined hands...
Bethal

Bethal Fun Fest gave back to 5 charities after...
Crime