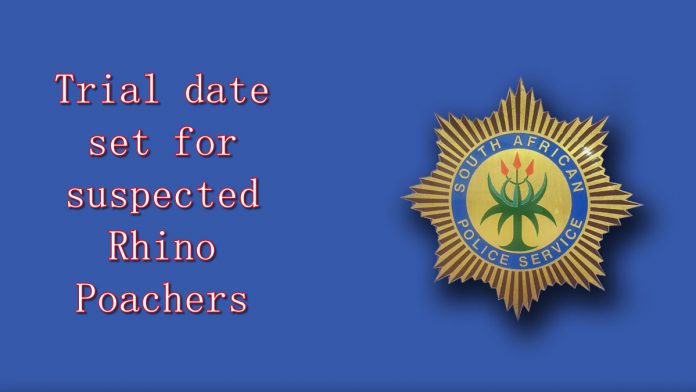 The rhino horns and shark fins were found by members of Flying squad on the N4 next to Belfast hidden inside their vehicle while the two were travelling from Mozambique to Gauteng.

MPUMALANGA – Two Mozambican nationals who are being accused of possessing rhino horns and shark fins will finally get to stand trial after the Middelburg Regional Court set 28 October 2020 as their hearing date.

The rhino horns and shark fins were found by members of Flying squad on the N4 next to Belfast hidden inside their vehicle while the two were travelling from Mozambique to Gauteng.

During the arrest, the suspects tried to entice the police officials with a kickback but failed.

The Serious Corruption Investigation members were alerted and they processed the crime scene and charged the suspects with possession of endangered species and an additional corruption charge.

Last week Thursday, the Nharrelugas attempted to apply for bail but their effort was unsuccessful.

Their trial on both alleged crimes, possession of endangered species and corruption, will kick off on 28 October this year in the Middelburg Regional Court while they are remanded in custody.

SAPS is turning to technology to turn the tide against crime

During the launch of the Safer Festive Season Operations on Friday, 25 October 2019, at Umlazi, South of Durban in KwaZulu Natal, the SAPS, together with the mobile service provider, Vodacom have launched a SAPS App called MySAPS mobile applications.

A first of its kind on the continent, the MySaps mobile App was designed to provide South Africans with a new and easy way to access policing services and information.

The new app will allow citizens to interact with law enforcement officials more effectively by:

• Providing tip-offs anonymously through the app