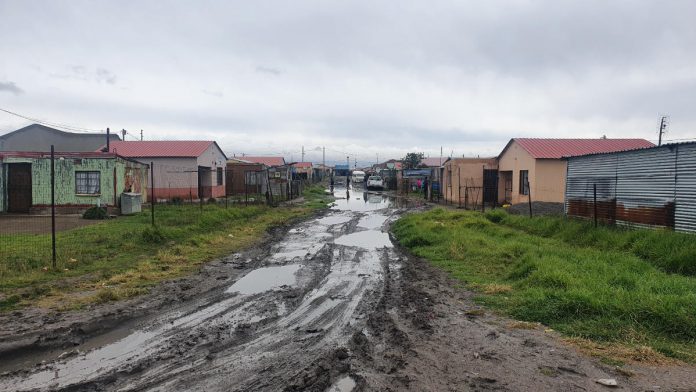 Residents from Ext 22 in eMbalenhle are upset and scared.

Recent cracks in the earth, as well as an earthquake, are leaving residents scared.

The Bulletin reported on the cracks on Friday with videos and photos of the cracks. These cracks were not limited to the roads but also affected some houses.

In our previous report, we wrote the following: What became clear to The Bulletin was that the area had been undermined before and that GMM was fully aware of this. They were told not to build on that particular area by Sasol unless the structure complied to certain regulations or building codes, according to some residents that spoke to a Vice President at Sasol.

There are some claims that the Department of Planning and Development, under the political leadership of MMC NE Nkosi, was well aware of the problems.

A source, that asked to keep his/her identity secret, told The Bulletin that Sasol objected when GMM started construction, but that the objection was rejected. It is very worrying that an important factor such as underground (or previous) activities can be ignored, putting people at risk.

Some residents told The Bulletin on Tuesday that the rumblings underground continued until at least Monday. They are now scared to stay in their houses and feel traumatised by the events.

One Resident said that the Mayor, Cllr Thandiwe Ngxonono, was in her house when a noise sounded underground. The Mayor ran out and did not want to enter the house again. No one from Govan Mbeki Municipality returned to address the problem or speak with the residents.

The resident and owner of the house claimed that the Mayor was scared to return to the house.

The cracks in some houses were noticeably larger when The Bulletin visited the area on Tuesday. Some stands were also flooded after the cracks appeared and the subsequent earthquake. It is still not exactly clear what caused the movement as the investigation continues.

Meanwhile, residents are expected to stay in their houses.

The roads were in an appalling state with sewerage and rainwater flooding the streets, turning it into a mud bath that is difficult to traverse. Residents said that this is how they have to deal with the roads every time it rains. Some areas are just not possible to walk in without having to walk in mud and water.

The plight of the residents continues as the rain continues and no answers are forthcoming from GMM at the moment.